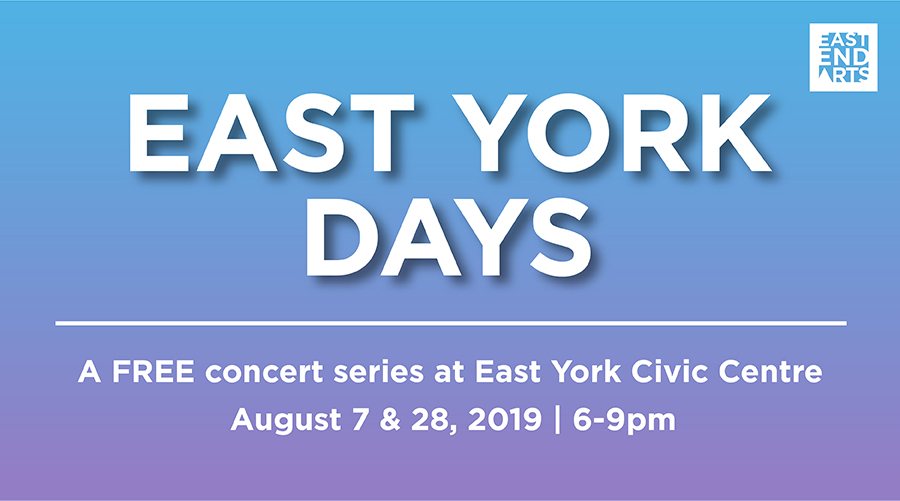 East York Days is a FREE outdoor concert series at East York Civic Centre on August 7 and 28th from 6-9 pm!

Presented by East End Arts in collaboration with Councillor Paula Fletcher (Ward 14), the City of Toronto’s City Hall Live program, and hosted by Errol Nazareth from CBC’s Big City Small World, East York Days is a celebration of community featuring live music by local musicians, an artisan marketplace, and a variety of some of Toronto’s favourite food trucks. This event is free, so bring the family, a blanket or lawn chair, and enjoy local sounds and tastes!

This is East End Arts’ 2nd year hosting this event, after a successful pilot in 2018 with Councillor Mary Fragedakis. We welcome all to join in by applying to be an artisan vendor, signing up to volunteer (it takes a village to make events like this happen!) or simply marking Wednesday August 7th and 28th (6 to 9 pm) in your calendars, so you don’t miss out on the fun! 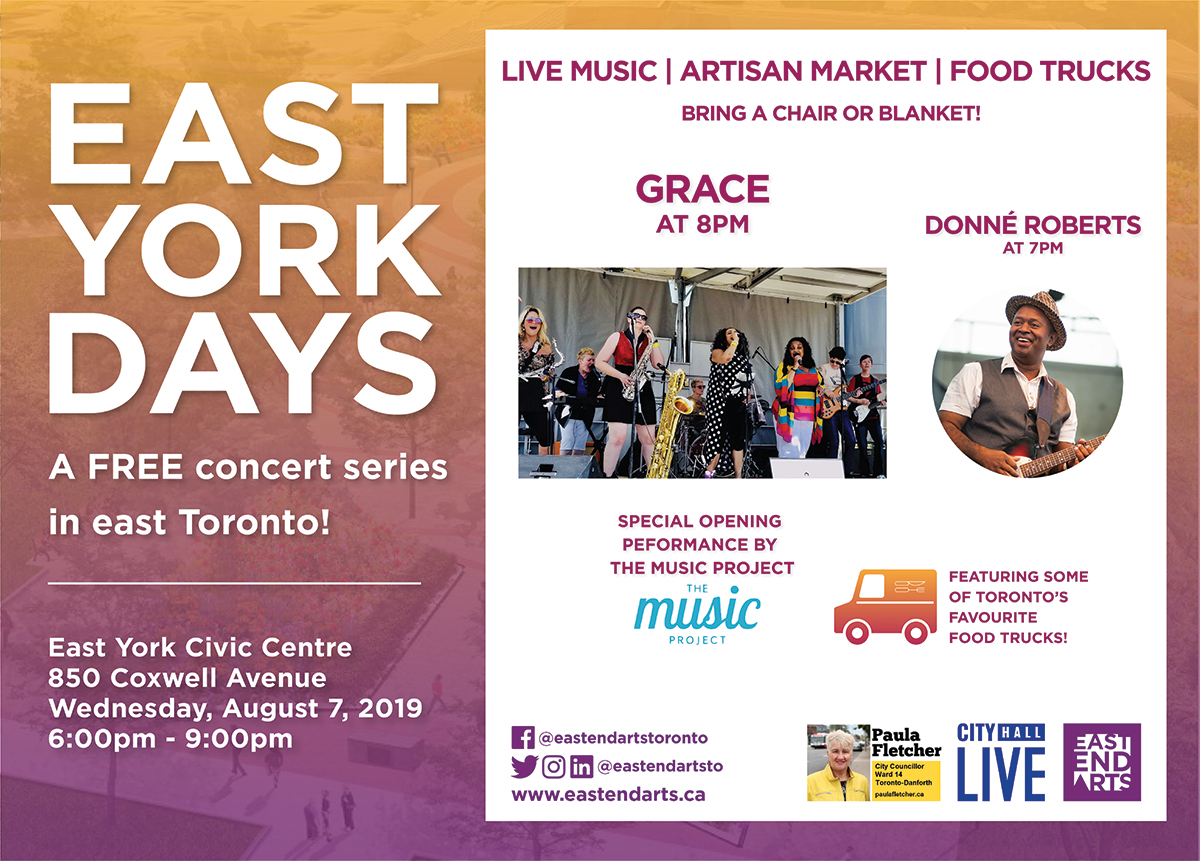 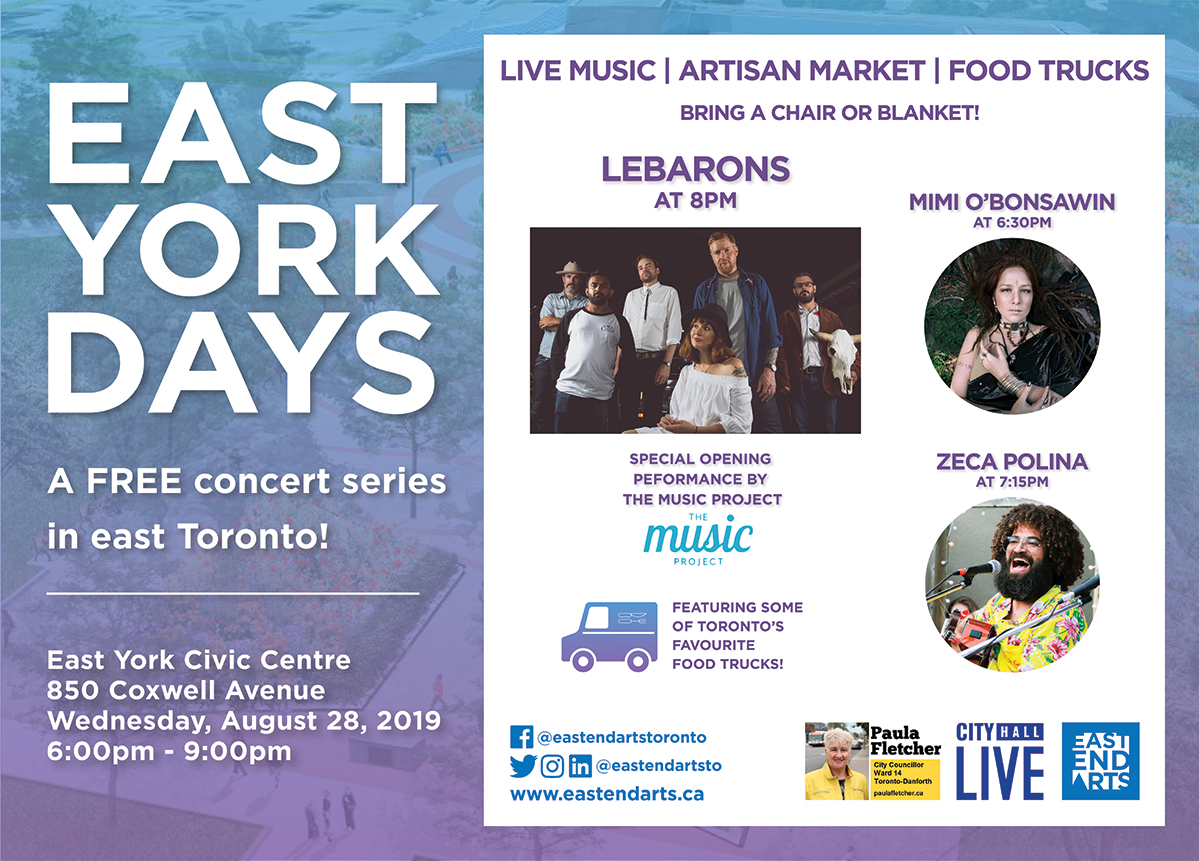 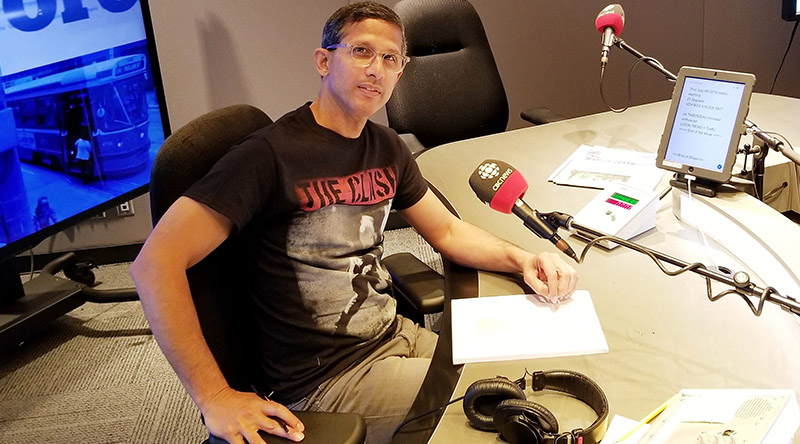 Errol Nazareth is a music journalist who’s been playing with words professionally for over 20 years. He’s a regular contributor to CBC Radio’s Metro Morning and Big City Small World shows, he’s hosted his own national shows on Radio One, and he’s talked about musical trends on Definitely Not The Opera and Sounds Like Canada. Nazareth also worked as a music columnist withThe Toronto Sun and Eye Weekly. He currently works at CBC as a digital journalist and teaches a media writing course at Centennial College.

Washrooms are located in the East York Civic Centre at the west end of the Square. Note there are washrooms on both floors.

The square at East York Civic Centre is fully accessible, including the washrooms.

Food and drinks will be available for purchase from our amazing Food Truck vendors during the event from 6:00 – 9:00 pm.

The event goes on, rain or shine!