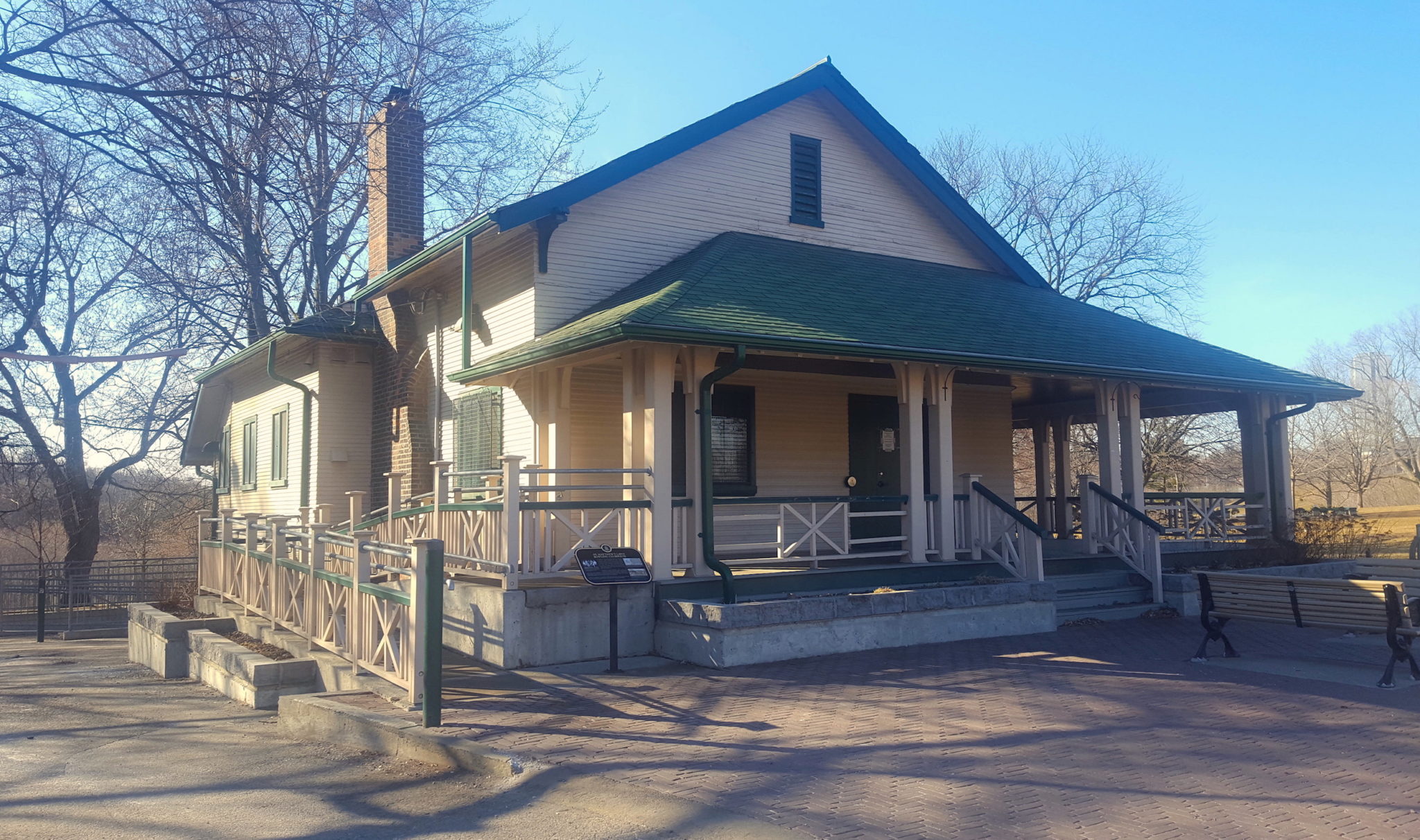 St. Matthew’s Clubhouse is located at 450 Broadview Avenue in Toronto on the eastern edge of Riverdale Park, and is the home of East End Arts.

Owned by the City of Toronto, St. Matthew’s Clubhouse serves as an animated arts space and office for East End Arts.

Description
St. Matthew’s Lawn Bowling Clubhouse is a 1½-storey structure that was constructed as a clubhouse and designated in its original location at 548 Gerrard Street East. With the relocation in 2009 of the building to Riverdale Park, St. Matthew’s Lawn Bowling Clubhouse has been given heritage designated on its new site at 450 Broadview Avenue, opposite Langley Avenue. City of Toronto Council enacted designation by-law 1038-2015 on October 2, 2015.

Cultural Heritage Value
St. Matthew’s Lawn Bowling Clubhouse has historical significance as an institution of importance to the Riverdale community. Riverdale (formerly known as Don Mount and Riverside) was annexed by the City of Toronto in 1884, resulting in improved access to the area on the east side of the Don Valley. Afterward, the steady residential development of Riverdale was accompanied by recreational outlets, including St. Matthew’s Lawn Bowling Club. Purportedly founded in 1899, the organization originally occupied a site on First Avenue, taking its name from the neighbouring St. Matthew’s Anglican Church. 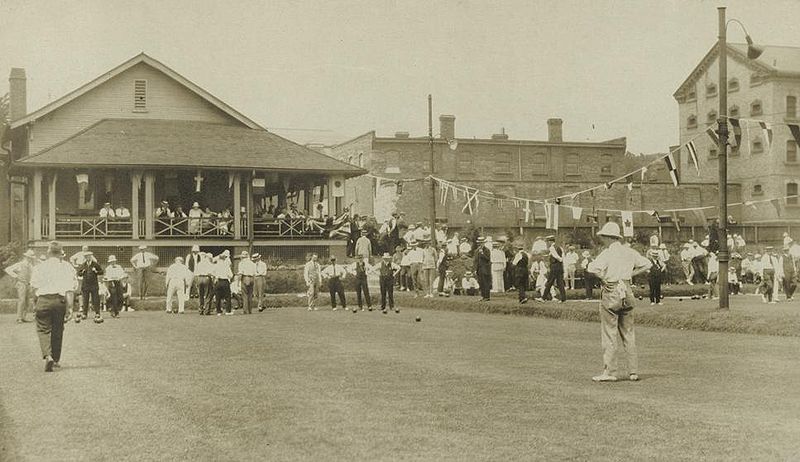 The first tournament at the St. Matthews Lawn Bowling Club in 1925. The Don Jail is visible in the background. Credit: City of Toronto Archives

Following its incorporation in 1905, the club occupied a clubhouse in Riverdale Park near the northeast corner of Gerrard Street East and St. Matthew’s Road. While club records include a photograph dating the building to 1906, it was first recorded in city directories and assessment rolls in 1925. The club remained in operation until 2007. Two years later, the building was moved to a site east of Broadview Avenue, opposite Langley Avenue, which was the historical setting of the House of Refuge (1870-94), the forerunner to Riverdale Hospital (now Bridgepoint Health).

St. Matthew’s Lawn Bowling Clubhouse has design value as a rare surviving example in Toronto of a clubhouse specifically commissioned for lawn bowling. Club records suggest that the design originated in the City Architect’s office. With its horizontal frame cladding and wrap-around verandah, the clubhouse resembles a seasonal cottage similar to those found in the Beach neighbourhood of the city and on the Toronto Islands.

Contextually, St. Matthew’s Lawn Bowling Clubhouse is a local landmark in Riverdale Park, northwest of Gerrard Street East and Broadview Avenue. Originally situated west of the Don Jail, in 2009 the building was relocated to Riverdale Park where it continues to overlook the Don Valley. St. Matthew’s Lawn Bowling Clubhouse contributes to the Riverdale neighbourhood where it joins a range of significant heritage buildings, among them the iconic Don Jail (1859-64) with the Governor’s House and Gatehouse, the Riverdale Library (1910), and the series of late 19th and early 20th century institutional and house form buildings along Broadview Avenue.

Rental Inquiries
Arts organizations, community groups, and non-profit organizations that are interested in rental opportunities at St. Matthew’s Clubhouse are encouraged to connect with us at info@eastendarts.ca for further details.