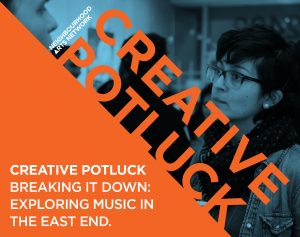 Creative Potluck is a FREE neighbourhood event, where artists and community residents gather around food to share ideas, best practices and network. Neighbourhood Arts Network presents Creative Potluck | Breaking it Down: Exploring Music in the East End. The event will feature live music, a facilitated networking session, and Pecha Kutcha-style presentations, where each artist is allotted 6min to share their project in a dynamic and succinct presentation.

This event was created from discussions with Neighbourhood Arts Network, East End Arts, and other community partners, with the intent to provide space to share new artist works, discuss creative practices, and generate new ways in which we can build Toronto into a more creative city. 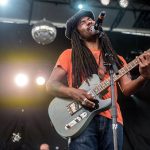 Julian Taylor
The Julian Taylor Band is a culmination of long-lasting friendships and a collective of accomplished musicians from the GTA, all fluent in different musical cultures and in virtually every genre. With frontman Julian Taylor’s direction, the band consistently delivers soulful performances and strives to re-contextualize “soul music,” not as another genre that can be put into a box defined by racial precedent or sound requirements, but as a medium that truly speaks to the soul. 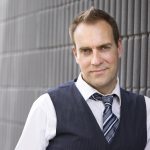 Murray Foster
Best known as the bass player for Moxy Früvous and Great Big Sea, Murray Foster is a songwriter, musician, music producer, teacher, writer, speaker, filmmaker, and the founder of Toronto Songwriting School and Choir Nation. In 2014, he joined the Toronto Music Advisory Council, which provides a forum for the discussion of opportunities and challenges, exchange of ideas, input and advice, and development of the music industry in Toronto. 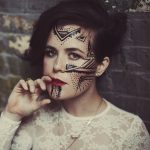 Iskwé
Called one of the ’10 Artists to Watch in 2016’ by CBC Music, Iskwé’s cross- cultural aesthetic is as striking as her tripped-out blend of soul. The name Iskwé (pronounced iss-kway) means ‘woman’ in her native language. Iskwé’s debut album weaves together her Irish and Cree/Dene roots with hip hop breakbeats, left-field R&B, and traces of piano pop. 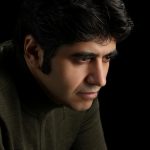 Shahriyar Jamshidi
Shahriyar Jamshidi is a Kamanche player, composer, vocalist, and founder of the Dilan Ensemble. Originally from Iranian Kurdistan, he has devoted his artistic career to the preservation and transmission of the Kurdish musical heritage. He holds a Bachelor of Music degree from the Tehran University of Art. Over 24 years of his career, he has been attempting to recreate the classical Kurdish music in an understandable way to younger generations. Since settling in Canada in 2012, he has constantly sought new musical languages, having performances at Toronto’s Tirgan Festival twice, the International Society for Improvised Music ISIM conference in Switzerland, High-Fest in Armenia, and Festival du Monde Arabe in Montreal. Shahriyar has released three albums including Alvanati (2004), Call of the Mountains (2008), and A Yellow Flower (2014). 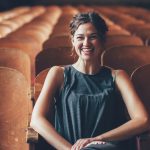 Miranda Snyder
Miranda Snyder is the founder and director of the East End Music Project (EEMP). Miranda works in publicity and marketing for HarperCollins Canada, and is an active community volunteer and founding committee member of the Rail Garden, an East End community garden. Miranda lives with her two children in Toronto’s East End.

Please remember to bring food items to contribute to the potluck. This will be a peanut free zone. 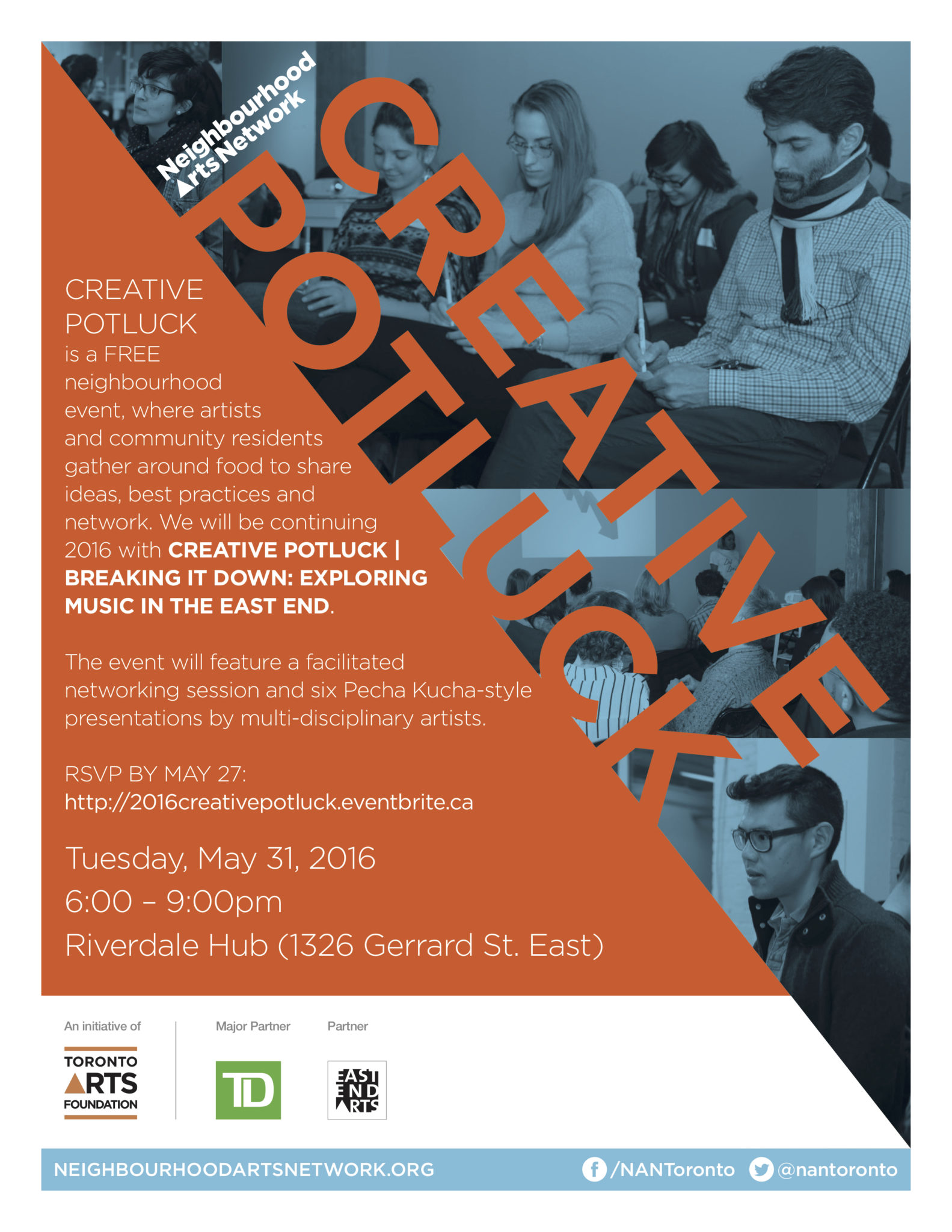