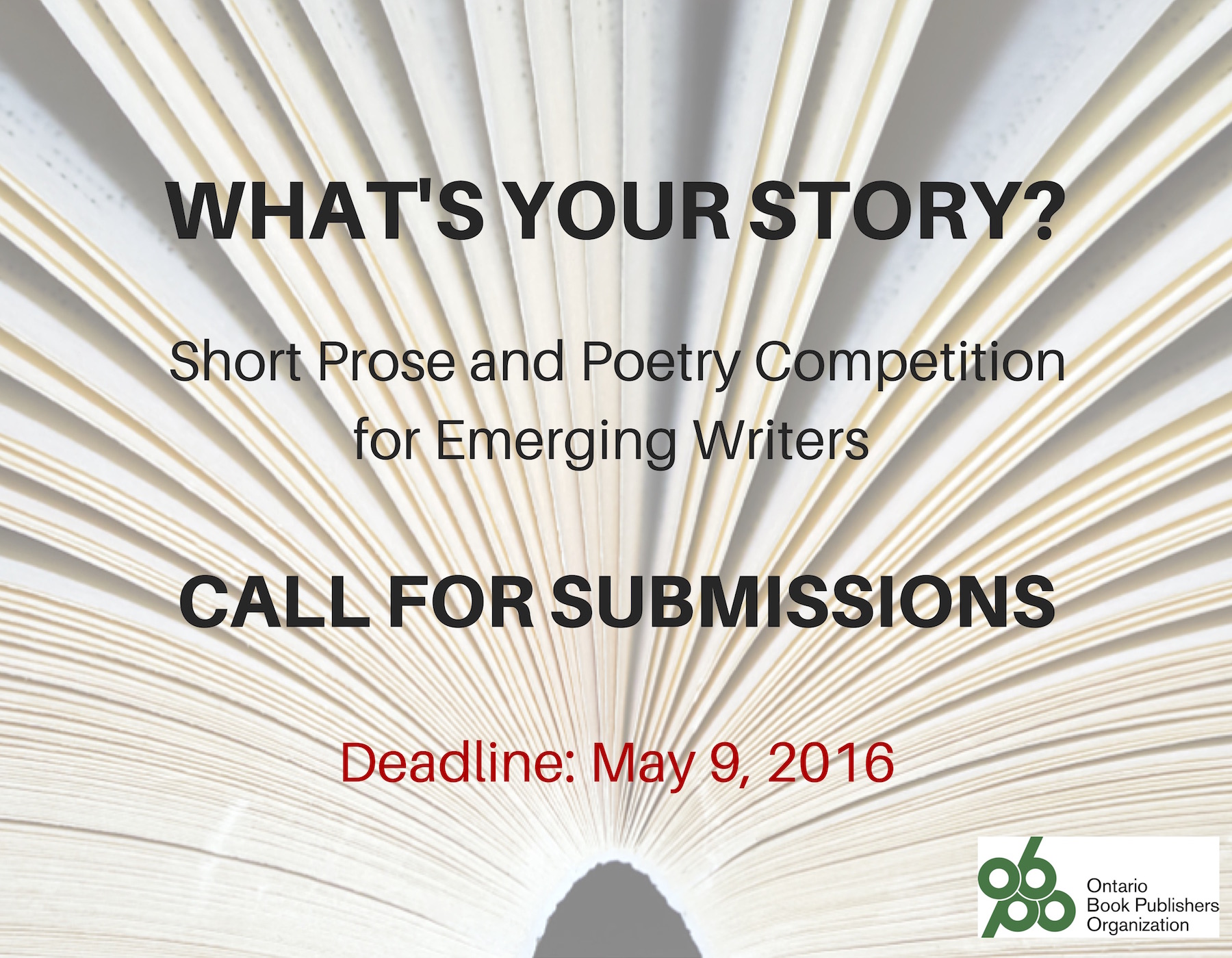 Everyone has a story — what’s yours? You’ve got the perfect chance to tell it in the Ontario Book Publishers Organization’s (OBPO) Short Prose and Poetry Competition for Emerging Writers.

The OBPO is accepting submissions until May 9, 2016 for the competition as part of What’s Your Story?, a new series of events that celebrate the literary communities in four different community hubs: Etobicoke, North York, Scarborough, and East York.

Submissions are being accepted in the form of a one-page writing sample. The winning authors will be commissioned to produce a final work inspired by one of the above neighbourhoods.

PRIZE
There is a $1,000 honorarium for the commissioned work created by each winning author. The author will be featured at one of the What’s Your Story? literary events in the summer of 2016, published on OpenBookToronto.com, featured on TTC advertising, and published in a promotional print edition of Open Book Toronto.

ELIGIBILTY
The competition is open to writers who are over 16 years old and are Toronto residents. Preference will be given to writers who live in, or have lived in, one or more of the four neighbourhoods – Etobicoke, North York, Scarborough and East York. Authors must be available to participate in the literary events scheduled for the summer of 2016, the dates of which will soon be determined.

HOW TO SUBMIT ENTRIES: