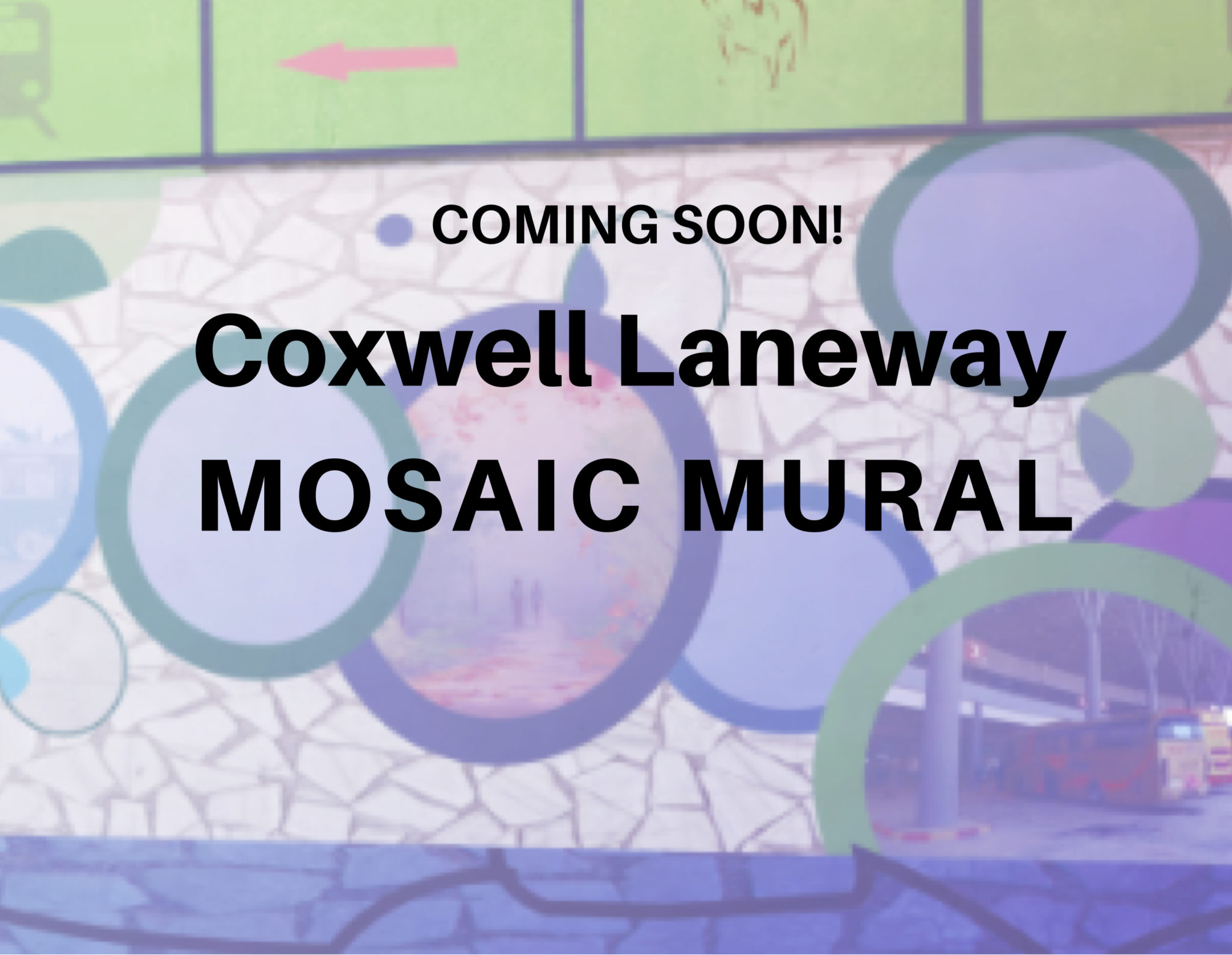 This summer, a mosaic mural will be created on the large concrete wall that wraps around the Coxwell TTC Station at 1612 Danforth Avenue in Toronto. The Coxwell Laneway Mosaic Mural will be a community project, informed by neighbourhood consultations, designed by lead artist Cristina Delago, and created with the assistance of youth and emerging artist trainees and community volunteers. The mural aims to celebrate the life and spirit of the community.

Thank you to all the volunteers and donors who have been helping us over the last month!

Why a Mosaic Mural?

A mosaic is a picture made up of many distinct component pieces and, in Canadian iconology, represents ideals of acceptance, accommodation, and multiculturalism. These are important values for the Coxwell/Danforth neighbourhood to embrace as it rediscovers itself and moves into the future. The pieces of our past are important, and should be acknowledged and celebrated, while at the same time there is great potential in coming together to find cohesion through shared values. The creation of a mosaic mural through a collective process will be both symbolically and literally an expression of this diverse community coming together in unity and support. 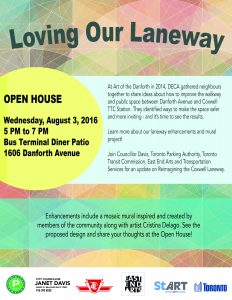 Design of the Coxwell Laneway Mosaic was created collaboratively with the mural team, based on the information gathered through neighbourhood consultations which included feedback submitted via our online form and a Design Open House held Wednesday, August 3, 2016 from 5-7pm on the Bus Terminal Diner patio at 1606 Danforth Avenue. 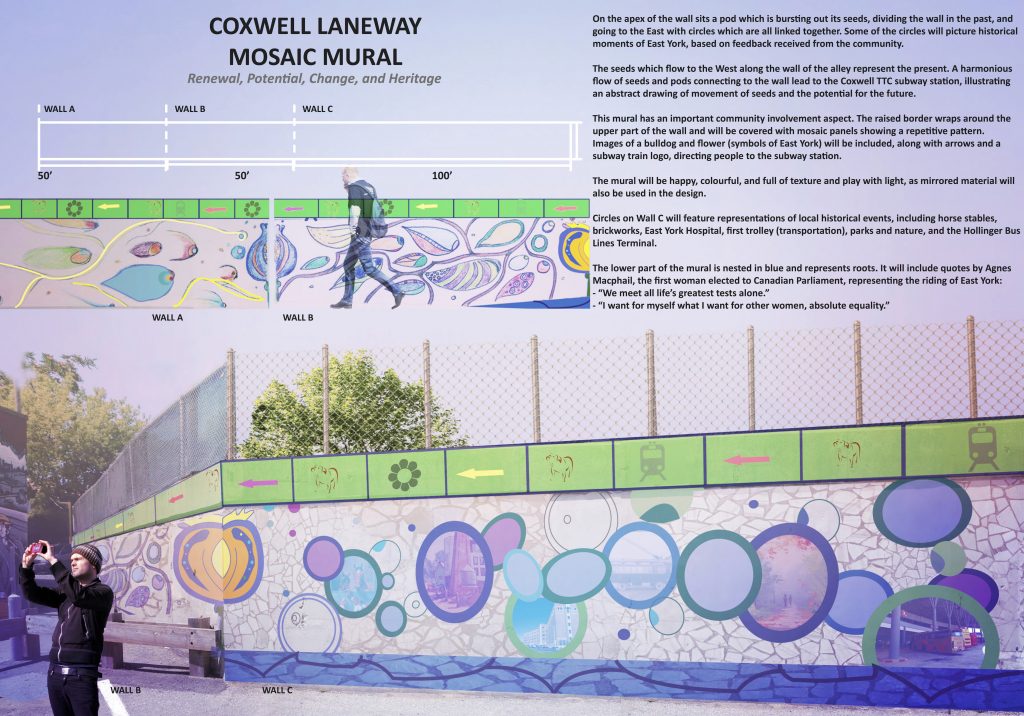 The concept for the Coxwell Laneway Mosaic Mural is renewal, potential, change, and heritage.

On the apex of the wall sits a pod which is bursting out its seeds, dividing the wall in the past, and going to the East with circles which are all linked together. Some of the circles will picture historical moments of East York, based on feedback received from the community.

The seeds which flow to the West along the wall of the alley represent the present. A harmonious flow of seeds and pods connecting to the wall lead to the Coxwell TTC subway station, illustrating an abstract drawing of movement of seeds and the potential for the future.

This mural has an important community involvement aspect. The raised border wraps around the upper part of the wall and will be covered with mosaic panels showing a repetitive pattern. Images of a bulldog and flower (symbols of East York) will be included, along with arrows and a subway train logo, directing people to the subway station.

The mural will be happy, colourful, and full of texture and play with light, as mirrored material will also be used in the design.

Thank you to the community partners who have made this mural and collaboration possible.