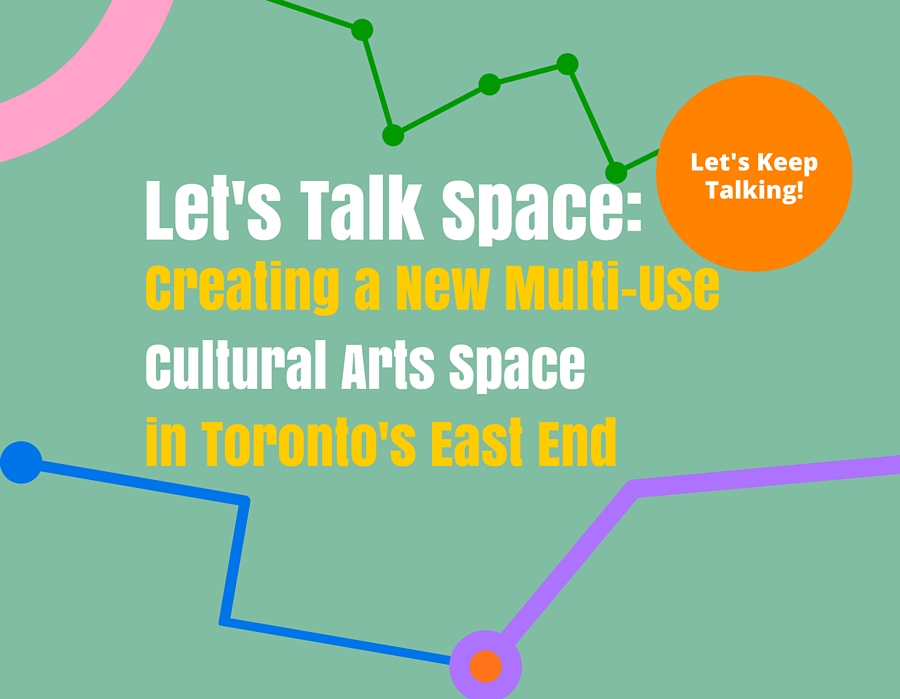 In early 2016, East End Arts helped organize two meetings to assess community interest in the development of a new multi-use arts space in the east end of Toronto. The first “Let’s Talk Space” discussion was led by Rev. Brian McIntosh, whose own arts group – Toronto Beach Chorale – is in particular need of a theatre suitable for large scale choir performances. The second “Let’s Talk Space” discussion was led by Cindy Rozeboom from East End Arts who attempted to drill deeper into the specific interests of the meeting attendees. Based on the feedback from these two groups, it seems evident that the issue of arts space in the east end is of interest to many. However, there was not a cohesive demand surfacing from these two gatherings. Instead, there were several themes that emerged, from perspectives such as:

Case study examples of how arts venues have been developed elsewhere: 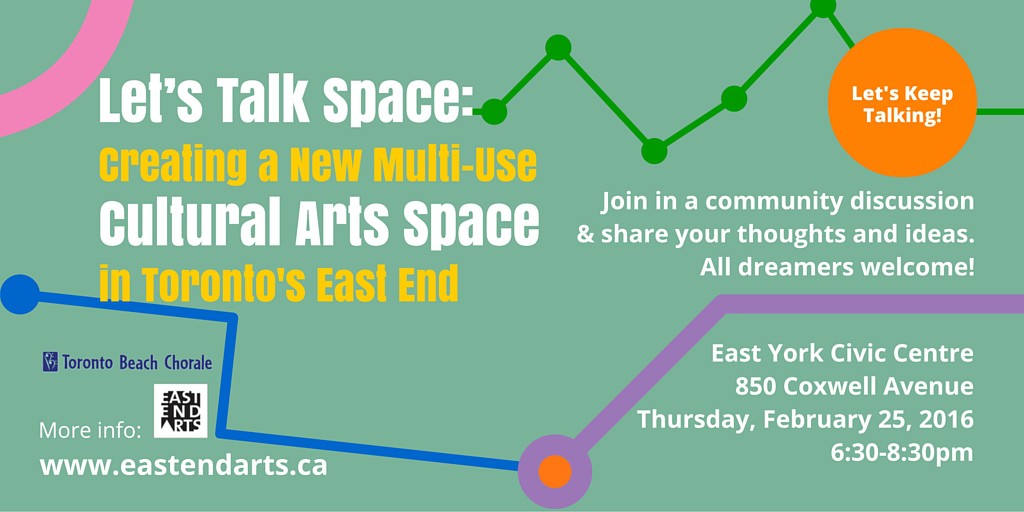