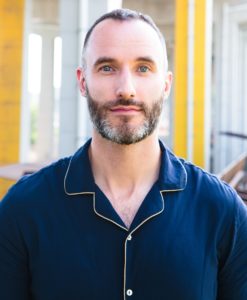 Dave is a park person, a film-lover, and a Toronto-phile. As Director of Development at The Bentway Conservancy, Dave is helping to re-imagine the forgotten lands under the Gardiner Expressway as a new artist canvas, community commons, and cultural attraction. Before joining the Bentway in 2017, Dave worked at TIFF for 11 years, most recently as Director of Government Relations & Philanthropy. While at TIFF, Dave guided collections donations; launched the popular free outdoor screening series TIFF in the Park; led efforts to transform King Street West into a pedestrian promenade during the annual Festival; supported the opening of Toronto’s “home for film”, TIFF Bell Lightbox; and much more. It was a busy 11 years. Dave is a member of the 2018/19 cohort of Toronto Arts Council’s Cultural Leaders Lab. He has previously held volunteer positions at Heritage Toronto, The 519, and World Pride. Come visit Dave on the East Danforth!