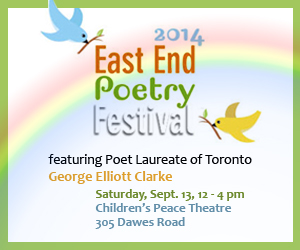 Free snacks and refreshments will be provided, including delicious samosas from Sultan of Samosas and cookies from Mondelez Canada – Peek Freans.

Rain or Shine and it’s all FREE!

The 2014 East End Poetry Festival is supported by the Canada Council for the Arts and the League of Canadian Poets.

George Elliott Clarke – Respected Toronto-based poet, dramatist, novelist, and professor, George Elliott Clarke was named Toronto’s fourth Poet Laureate in 2012. He is the recipient of the Governor-General’s Award for Poetry (2001), the National Magazine Gold Medal for Poetry (2001) and the Dr. Martin Luther King Jr. Achievement Award (2004), among many other honours. Dr. Clarke was appointed to the Order of Nova Scotia in 2006, and to the Order of Canada at the rank of Officer in 2008; he has been recognized with eight honorary doctorates.

Dwayne Morgan – Dwayne Morgan began his career as a spoken word artist in 1993. In 1994, while still in high school, he founded Up From The Roots entertainment, to promote the positive artistic contributions of African-Canadian and urban-influenced artists. Dwayne has published six books, most recently, Her Favourite Shoes (2011).

BAM Youth Slam Team – Toronto’s Youth Slam happens monthly at the Central (603 Markham St., near Bathurst and Bloor) usually on the second Wednesday of the month. BAM was created to give young poets (age 12-19) a forum for their writing. After each slam, points are awarded; the top BAM poets compete to be on the BAM Slam Team and represent Toronto at regional, national and international youth poetry slams.

Randell Adjei – Randell Adjei is a poet and motivational speaker; he’s the founder of R.I.S.E. Poetry Edutainment also known as Reaching Intelligent Souls Everywhere. R.I.S.E. hosts weekly shows every Monday providing a platform for youth and for freedom of expression.

Kate Marshall Flaherty – Kate Marshall Flaherty lives in Toronto with her husband and three children. She leads poetry sweatshops and writing-as-a-spiritual-practice workshops, leads meditation and mindfulness retreats, teaches yoga and is a founding member of the Children’s Peace Theatre Toronto.

Rosemary Sullivan – Poet and author Rosemary Sullivan won the Gerald Lampert Award for the Best First Book of Poetry in 1986 for The Space a Name Makes. She has written biographies of Elizabeth Smart, Gwendolyn MacEwen and Margaret Atwood. Her latest book is an experiment in biographical history called Villa Air-Bel: World War II, Escape, and A House in Marseille, which was awarded The Canadian Society for Yad Vashem Award in Holocaust History by the Helen and Stan Vine Annual Canadian Jewish Book Awards. 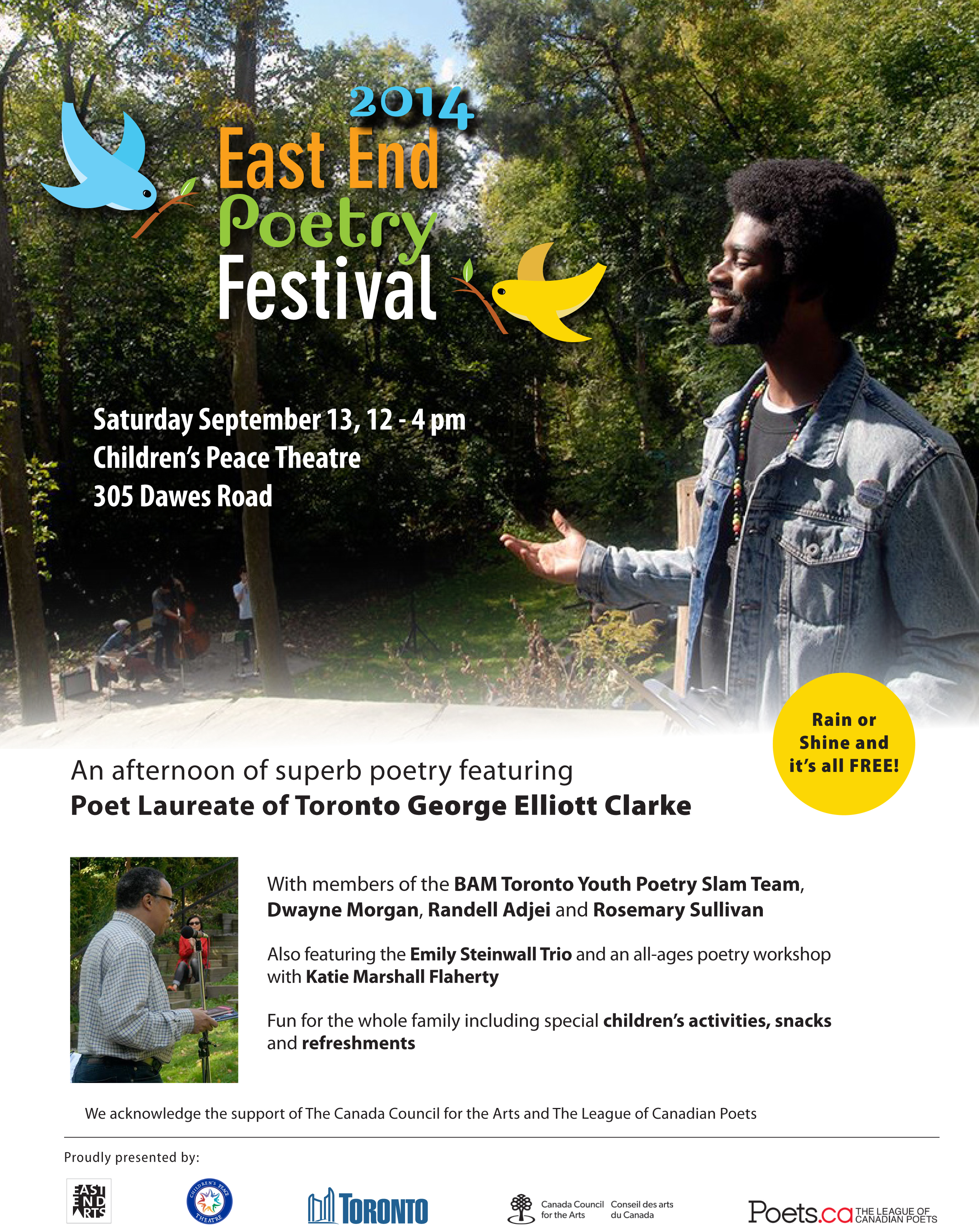