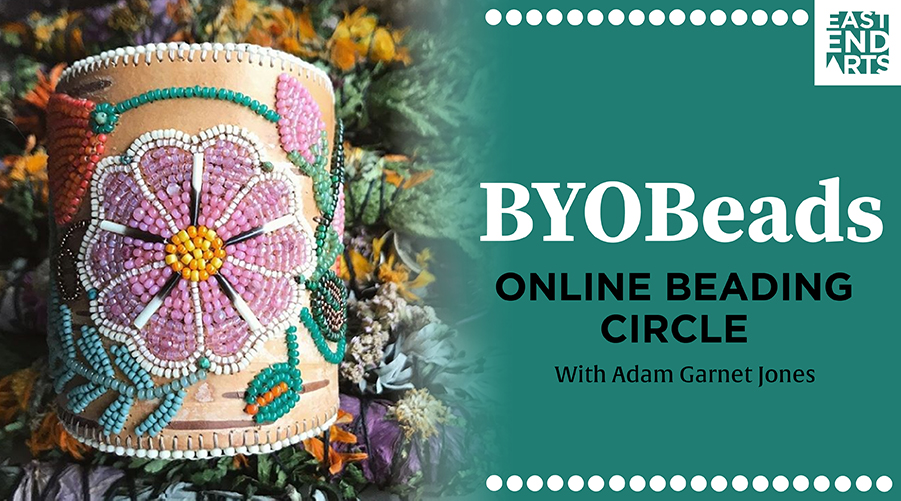 Led by Queer Metis bead-artist, novelist, & film-maker, Adam Garnet Jones and hosted by East End Arts, BYOBeads is an intimate, opportunity for traditional bead artists, hobby-beaders just learning their craft, experts, elders, and enthusiasts to gather and work together on current project(s), share skills, and show off the beautiful things they’ve been working on!

In the past couple of months, BYOBeads Online has become a gathering place for a network of Queer, 2-spirit traditional bead artists, and their allies, to discuss craft and connect from the safety of home – and in many cases home for participants has been from all over Turtle Island. We are thrilled to have been joined by beaders from Newfoundland to Vancouver, and even many from south of the border!

Each month this summer, we invite a special Indigenous guest artist from multi-disciplinary art forms to share their work, and for a discussion about beads and beyond! Guest artists will be drawn from Indigenous arts communities all over Canada, featuring music, playwrights, actors, storytellers, visual artists and more, celebrating the broad range of Indigenous artists from east Toronto and beyond.

Meet online and chat, bring a cup of your favourite tea, share your bead work, share your tips, and gather socially (from a distance!) with people who share your love of this traditional craft.

NOTE: Participants are not required to call in with video – We all know how zoomed out things can get these days, so please, feel free to join us however you feel comfortable (though we would LOVE to see your work!!!) 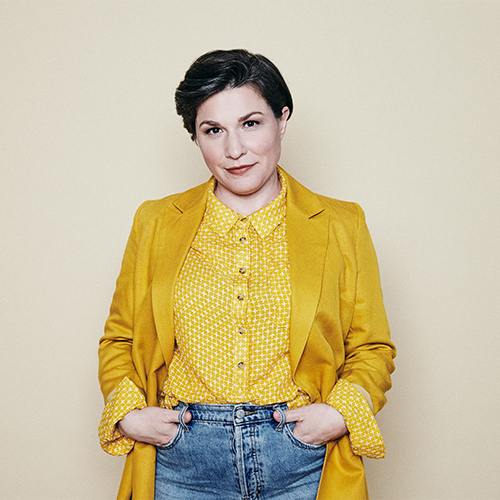 Join us on Thursday July 23rd to experience a special performance from Christa Couture! Christa Couture is an award-winning performing and recording artist, non-fiction writer, and broadcaster. She is also proudly Indigenous (mixed Cree and Scandinavian), disabled, queer, and a mom. Her seventh recording, Safe Harbour, was released on Coax Records in 2020. As a writer and storyteller, she has been published in Room, Shameless, and Augur magazines, and on cbc.ca. In 2018, her CBC article and photos on disability and pregnancy went viral. Couture is a frequent contributor to CBC Radio and is currently the weekday afternoon host at 106.5 elmnt fm in Toronto. Her memoir How to Lose Everything publishes in 2020 with Douglas & McIntyre. Couture lived for many years in Vancouver, BC, but now calls Toronto home.

For those interested in joining us, please email Adam Barrett our Programming Coordinator at Adam@eastendarts.ca to be sent the Zoom link, or reach out to Lead Facilitator Adam Garnet Jones @adamgarnetjones on Instagram. 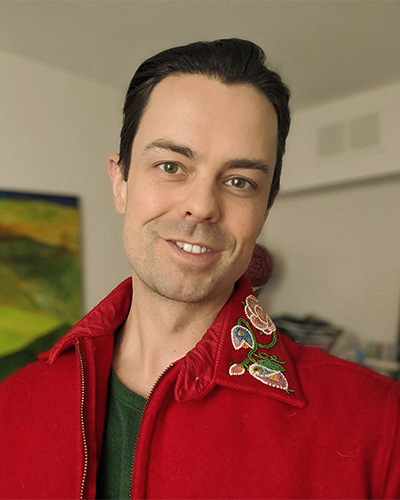